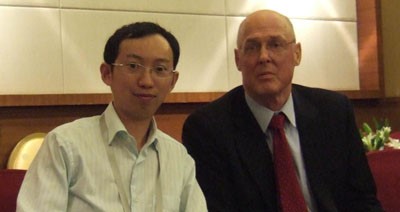 Lu used to work as a simultaneous interpreter at the Boao Forum for Asia, the World Economic Forum and the APEC China CEO Forum. He has received a master’s degree in E-C and C-E simultaneous interpreting from the School of Translation and Interpretation at Beijing Foreign Studies University, a master’s degree in E-C and C-E interpretation from the School of English Studies at Shanghai International Studies University, and passed the Simultaneous Interpreter Level 1 of the China Accreditation Test for Translators and Interpreters (CATTI) issued by the Ministry of Human Resources and Social Security of the People’s Republic of China (only 34 interpreters had the Certificate in China according to statistics as of 2013).