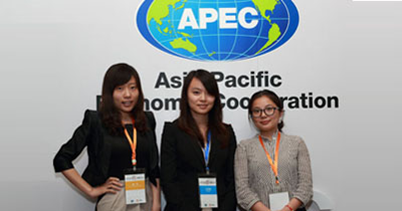 ▲Interpreter Wang and her partners.

Wang graduated from the University of Bath with a master’s degree and used to work as a consecutive interpreter at the APEC China CEO Forum and an official interpreter at the Euro-Asia Economic Forum. Wang also has worked as a translator at the Expo 2010 Shanghai and interpreted for the then Australian Prime Minister Kevin Michael Rudd and other political leaders.