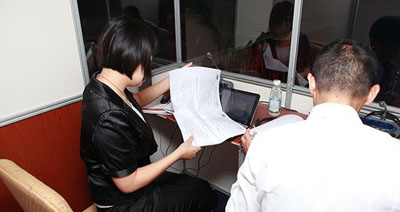 Zhou used to be an official simultaneous interpreter working for the 2010 and 2011 APEC SME summits and interpret for former President of the Philippines Gloria Macapagal Arroyo, Steve Ballmer, the then CEO of Microsoft, and Jack Welch, former Chairman and CEO of General Electric.