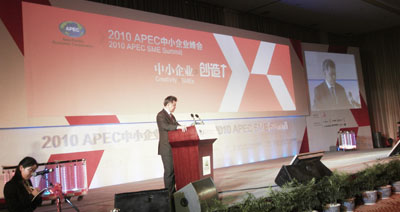 Hu received a doctor’s degree in English-Chinese conference simultaneous interpreting and worked as a simultaneous interpreter at the 2010 APEC SME Summit, the China-US Strategic and Economic Dialogue, the China Summit hosted by The Economist and other major international conferences. Hu has also interpreted for US Deputy Secretary of State, former Prime Minister of Belgium, Australian Ambassador to China, Pakistan Ambassador to China and other world leaders. She was an official interpreter at the Western China International Fair and the EU-China Business and Technology Cooperation Fair, and teaches interpreting courses that are one of the National Advanced Course project and engaged in writing two national interpreting textbooks.