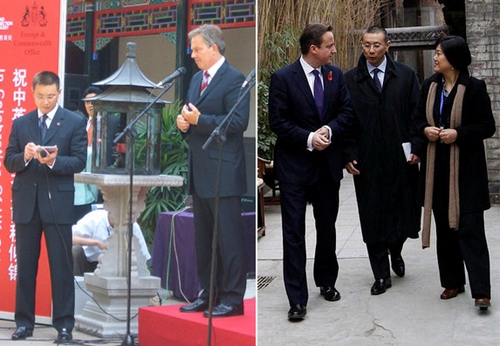 Since the mid-1990s, Dr. Kevin Lin has been Lead Interpreter (Chinese) of the Foreign Office of the UK Government and has interpreted for Queen Elizabeth II, UK prime ministers (including Sir John Major, Tony Blair, Gordon Brown, David Cameron, and Theresa May), and main members of the Cabinet. He has participated in the reception of Chinese presidents such as Xi Jinping, Hu Jintao and Jiang Zemin, as well as Chinese premiers such as Li Keqiang, Wen Jiabao and Zhu Rongji, and also interpreted for China-Britain Business Council and in activities attended by heads of several famous British transnational enterprises.

On the day of the celebration of Queen Elizabeth II’s 85th birthday, Dr. Kevin Lin was awarded Officer of the Order of the British Empire (OBE), in honor of his remarkable contributions to Sino-UK ties.

Dr. Kevin Lin has written books such as Field Interpreting and Field Translation, two best sellers in China. The former one is the first interpreting textbook in China that comprehensively introduces and teaches note-taking and has been chosen as a textbook by Beijing Foreign Studies University and other leading universities in China.