Grouphorse launched a 400,000-yuan fund at Beijing Foreign Studies University (BFSU) on September 16, 2016 to assist its Graduate School of Translation and Interpreting (GSTI) in teaching, research and development of academic exchanges. 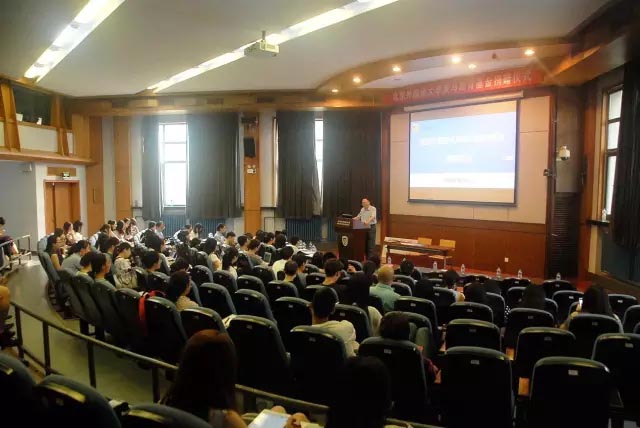 The donation ceremony for the Grouphorse Education Fund inside a 300-seat hall at BFSU.

A cooperation memorandum was signed at the ceremony, which was hosted by Yao Bin, vice dean of GSTI and attended by many BFSU leaders and professors including Hu Xiaoli, Party branch secretary of GSTI, Li Changshuan, vice dean of GSTI, Shao Mingxing, deputy secretary general of the Board of Directors of BFSU and the Grouphorse Education Fund, and Wen Yi, general manager and Party branch secretary of Grouphorse’s Beijing branch. 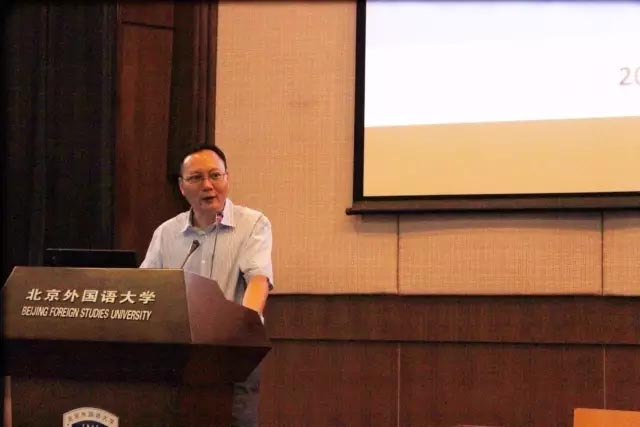 “Many thanks go out to Grouphorse for assisting the development of BFSU and the GSTI, which values both interpreting and translation, studies and practice, in order to develop  knowledgeable professionals with solid character. It’s very generous of Grouphorse to set up this fund, which shows that Grouphorse values education as much as the GSTI. Grouphorse’s assistance in teaching and practice will definitely help the GSTI grow its influence and cultivate professionals in a more market-oriented way,” said Professor Li Changshuan. 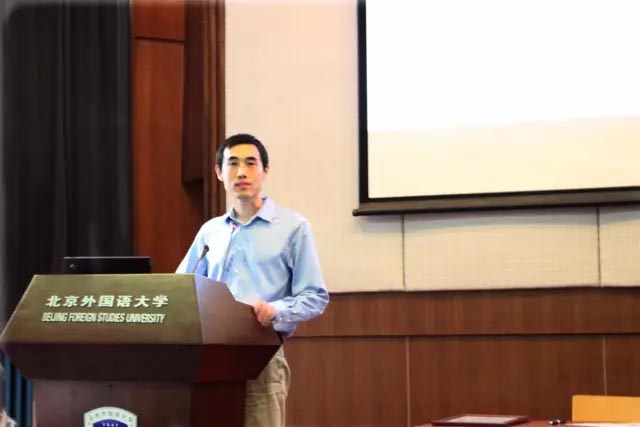 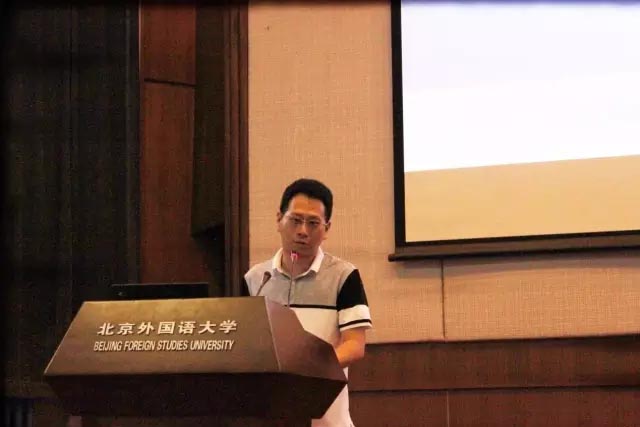 “As a company with a strong sense of social responsibility, Grouphorse backs the development of BFSU and the GSTI through its establishment of the Grouphorse Education Fund and the Grouphorse Scholarship to financially support students with outstanding academic performance. Grouphorse is also the only language service partner of One Foundation, which is one of China’s most influential charity organizations and has worked with Bain & Company, Deloitte and Ogilvy, etc. Grouphorse is working on building an innovative platform and pooling all kinds of recourses to promote charity work,” said Wen Yi. 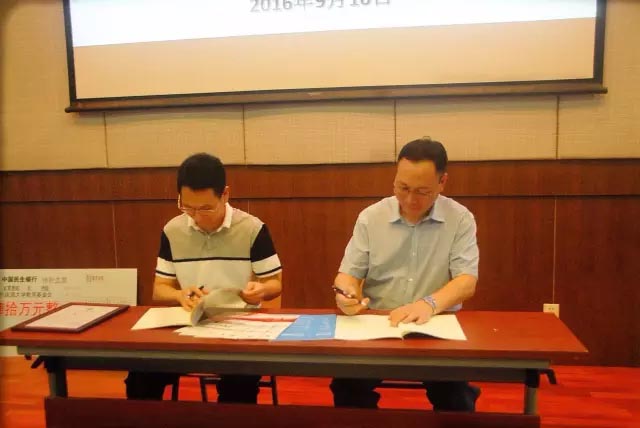 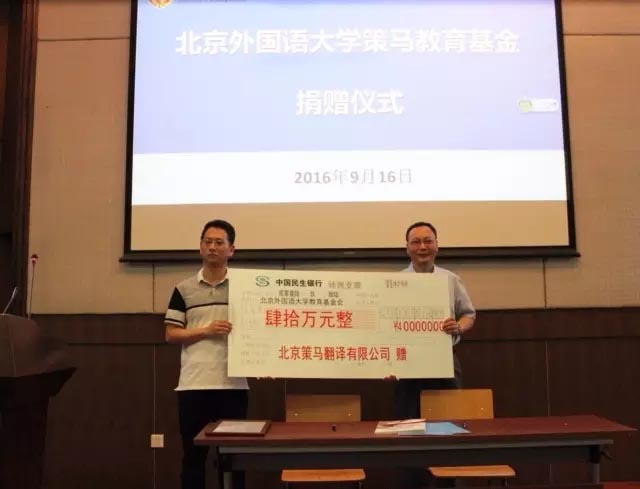 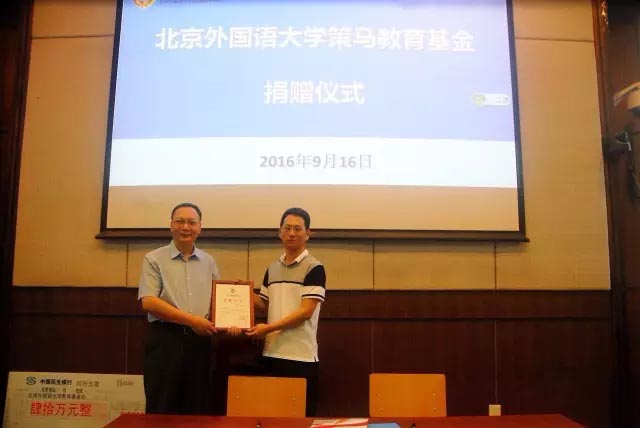 General Manager Wen Yi accepts a certificate awarded by BFSU that marks the establishment of the Grouphorse Education Fund.

After the ceremony, Professor Zhuang Yi, former vice president of BFSU and former dean of GSTI, took a photo with both parties. 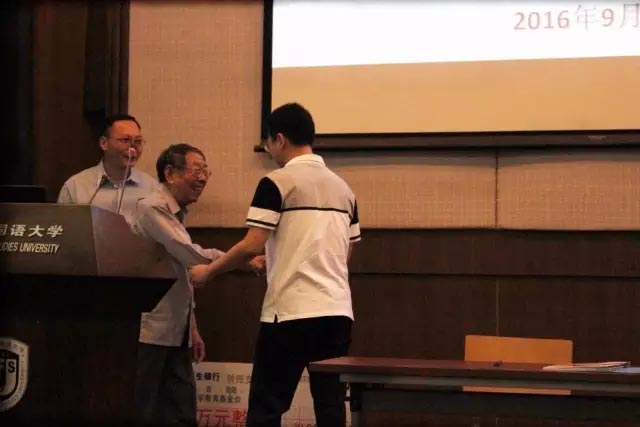 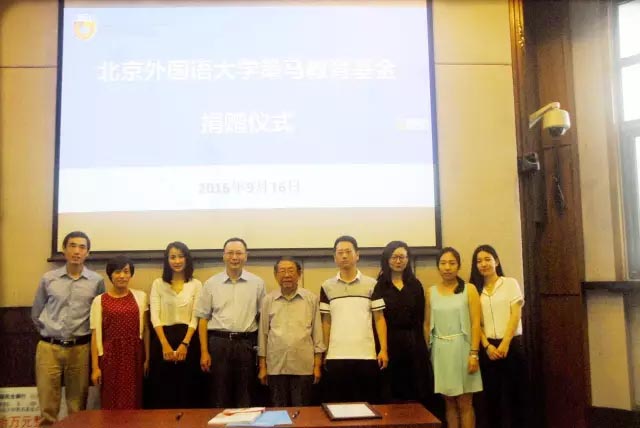 Attendees of the ceremony.