Grouphorse’s Shenzhen branch provided translation and interpreting services for the Global Innovator Conference Shenzhen Forum, which was hosted by APEC China Business Council and the People’s Government of Shenzhen Municipality at Futian Shangri-La Hotel in Shenzhen, Guangdong Province on August 1, 2016.

This forum aimed to promote Shenzhen’s investment environment and leading industries to bring in more advanced technologies and major projects. It was attended by Mr. Juan Raffo, chairman of the 2016 APEC Business Advisory Council (ABAC), Mr. Frank Ning, chairman of the APEC China Business Council and chairman of the board of Sinochem Group, Mr. Chen Biao, deputy mayor of Shenzhen Municipality, and representatives from 21 APEC economies.

Deputy Mayor Chen Biao welcomed the participants and introduced them to the major features and development environment of Shenzhen, an innovation hub.

According to Chen, Shenzhen currently boasts 30,000+ science/technology enterprises. Five companies in Shenzhen were in the top 10 of the Chinese innovative enterprise rankings in 2015. In that same year, Shenzhen filed the most PCT patent applications in China for a record 12th consecutive year, accounting for 46.86% of China’s annual total.

“It’s safe to say that innovation is what drives Shenzhen,” Chen added.

Panel discussions titled “New Technologies and Innovative Growth”, “Cross-border Cooperation and China’s Market”, and “Sustainable Development: Innovative Economy” were held during the forum and respectively chaired by Ms. Monica Hardy Whaley, president of the US National Center for APEC, Ms. Jane Drake-Brockman, founder of the Australian Services Roundtable, and Ms. Qiu Ping, chief correspondent of Nanfang Metropolis Daily. CEOs and senior executives of renowned enterprises at home and abroad joined the discussions to share their thoughts on innovation-driven growth.

The simultaneous interpreting services provided both by exceptional interpreters from Grouphorse’s Shenzhen branch, which ensured that the forum went smoothly and was highly praised by the APEC China Business Council.

This forum allowed APEC members to exchange views, and was an important platform for Grouphorse to train and showcase the skills of translation and interpreting professionals. Innovation, the theme of the forum, is also what Grouphorse has been pursuing for years. 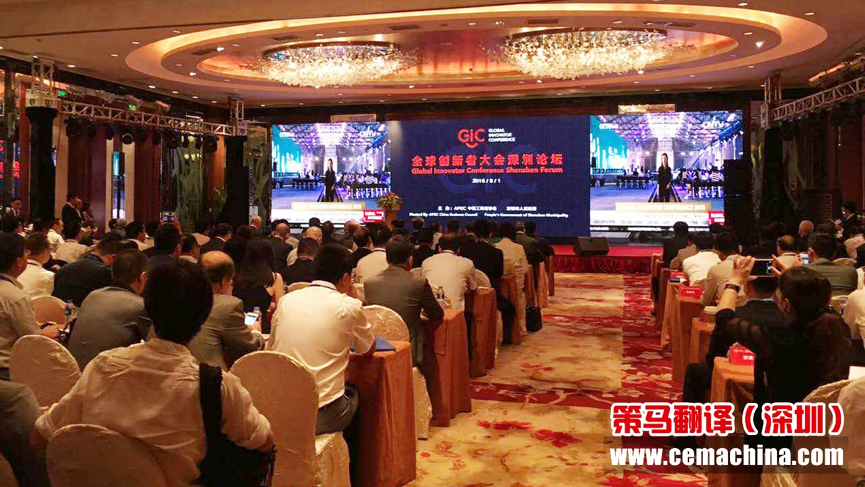 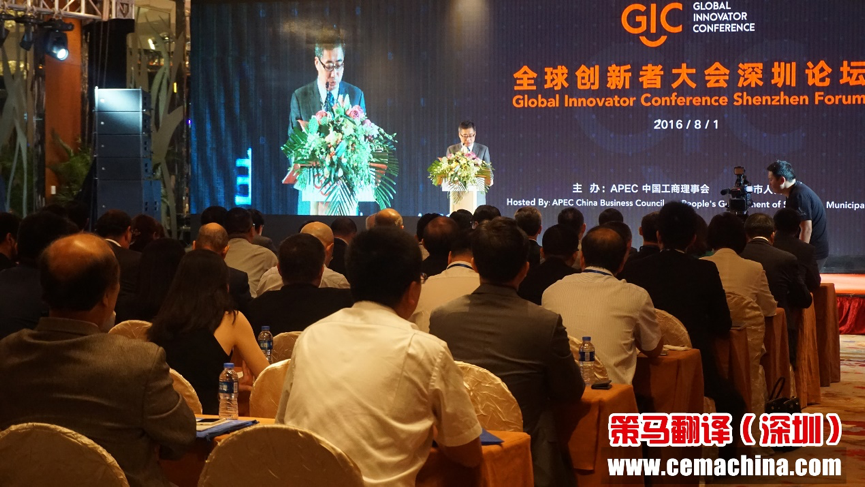 Mr. Han Meiqing, director general of the Cooperation and Development Department of the China Chamber of International Commerce, delivers an opening speech at the Global Innovator Conference Shenzhen Forum. 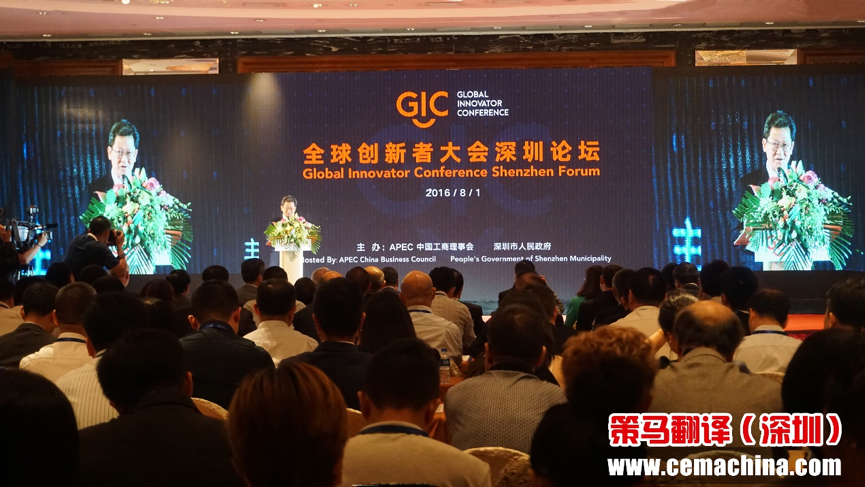 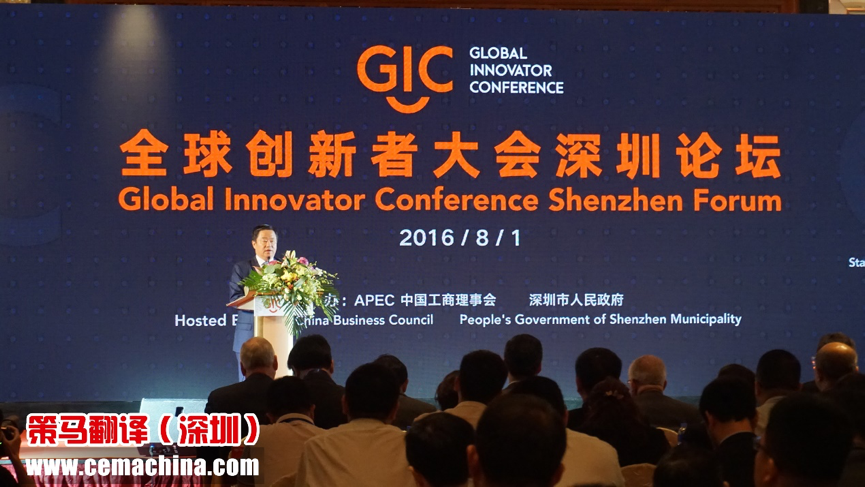 Mr. Frank Ning, chairman of the APEC China Business Council and chairman of the board of Sinochem Group, gives a speech on the advantages of innovation from the perspective of a state-owned company. 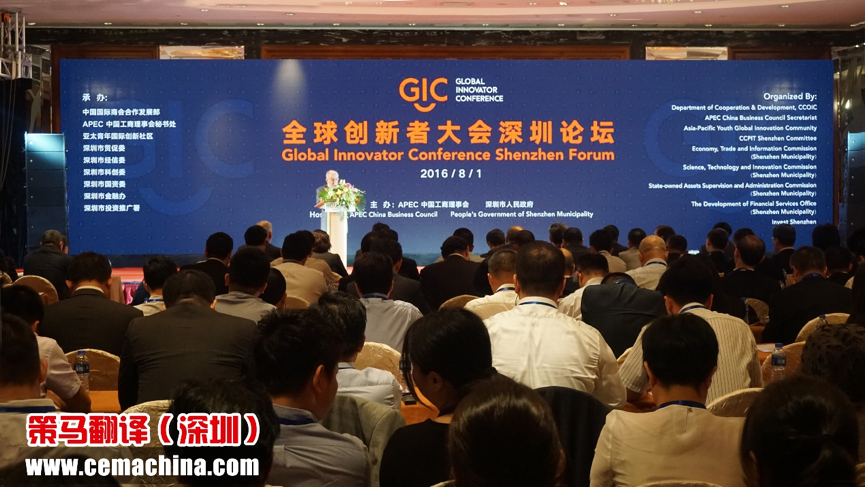 Mr.Juan Raffo, chairman of 2016 ABAC, gives a keynote speech, saying that innovation is the soul of and drives the economic growth of a country, and the power source feeding the advancement of the world. 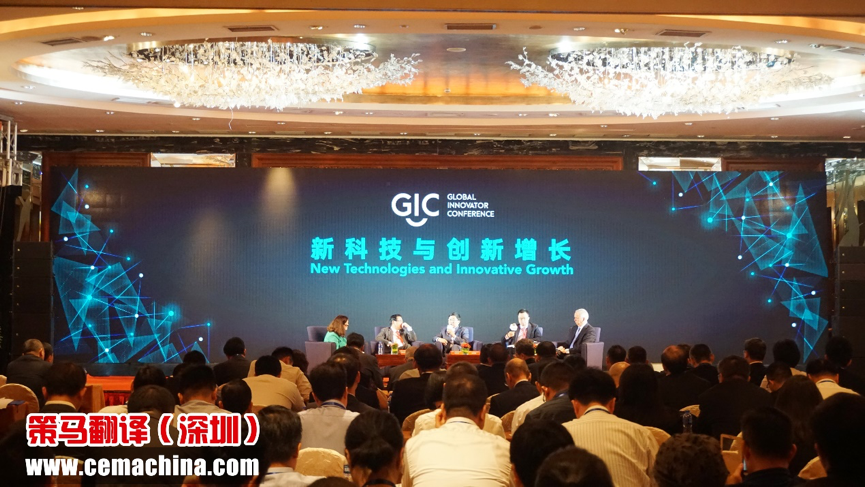 Ms. Monica Hardy Whaley, president of the US National Center for APEC, hosts the first discussion titled “New Technologies and Innovative Growth”, which included Mr. Li Dongsheng, chairman of the board and CEO of TCL Corporation, Mr. Xu Jinghong, chairman of Tsinghua Holdings Co., Ltd, Mr. Liang Xinjun, the then vice chairman and CEO of Fosun International and a representative designate of the ABAC, and Mr. Bart Peterson, the then senior vice president of Corporate Affairs and Communications of Eli Lilly & Co. and a US ABAC representative. 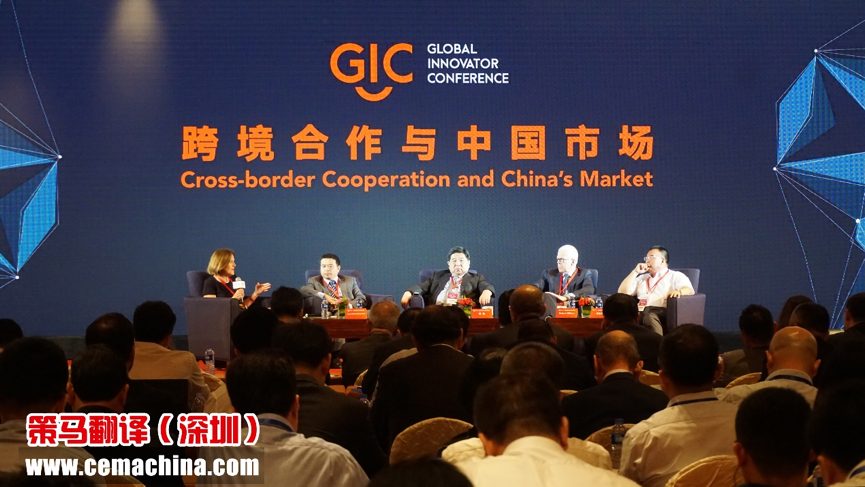 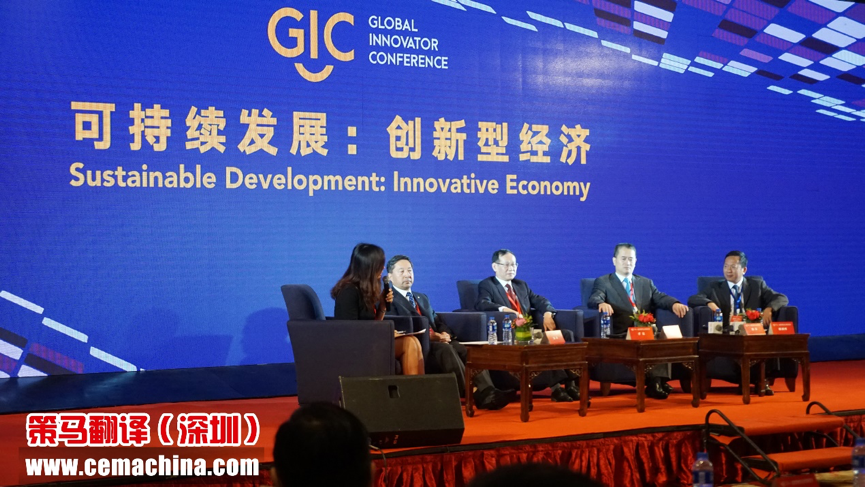 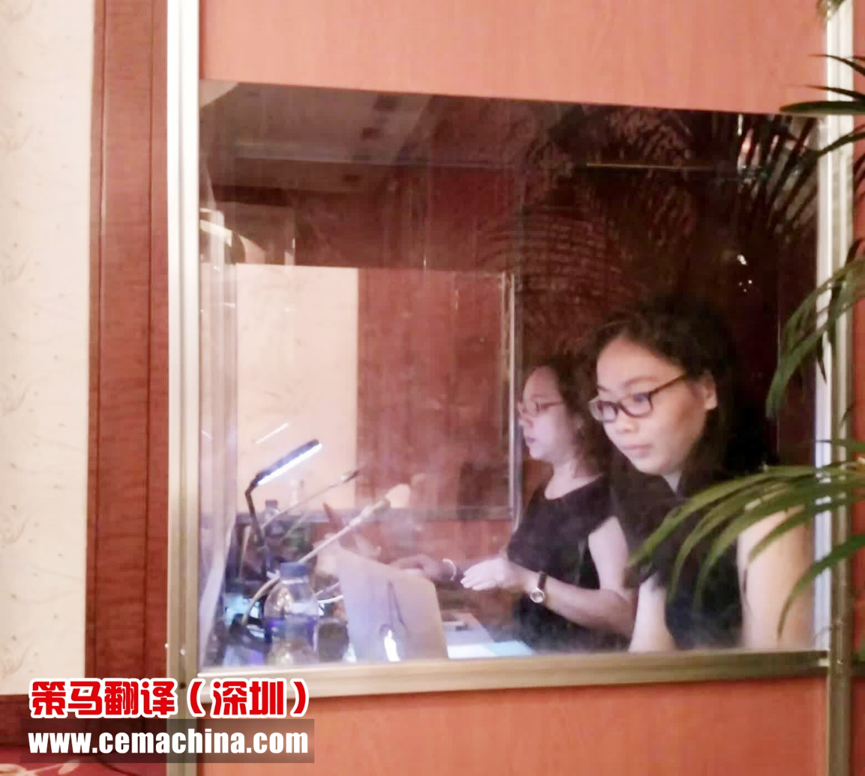 Zhang Jingyi (first from right), a sulmutaneous interpreter with the Shenzhen branch. 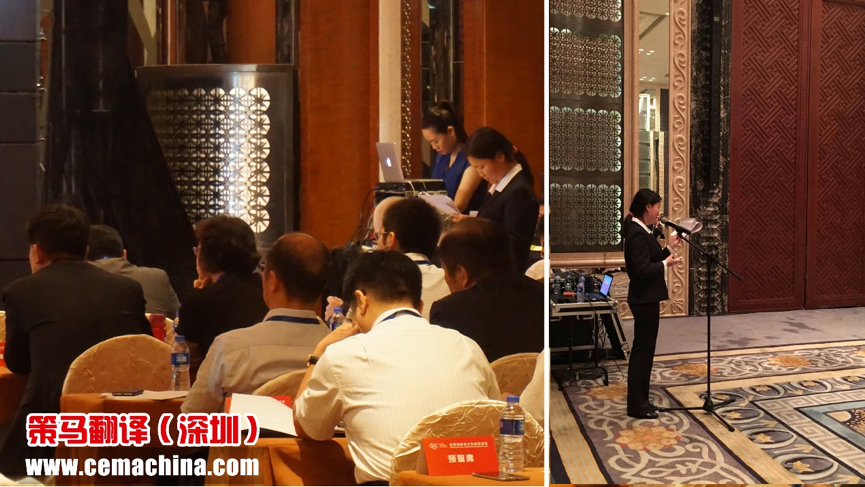 Cheng Zhanghan serves as a bilingual host for this forum. 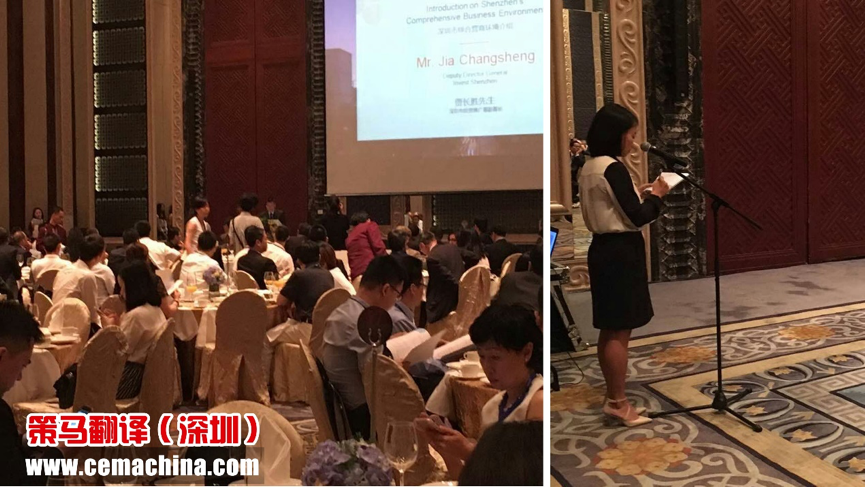