Grouphorse launched its interpreting camp in London from June 9 to 19.

During the ten days, the camp members were coached by senior simultaneous interpreters who are members of the International Association of Conference Interpreters (AIIC). They also practiced at the International Maritime Organization (IMO), interpreted at the Eighth Sino-European Entrepreneurs’ Summit (SEES), and visited the University of Oxford and London landmarks, such as the Buckingham Palace, the Elizabeth Tower (formerly known as Big Ben), the Westminster Abbey, the British Museum, the Central Criminal Court, the BBC office building, etc.

On June 14, the camp members attended the opening of the 8th SEES in London and interpreted there.

Themed “Promoting dynamism in Sino-European trade and investment and achieving equitable, inclusive and sustainable economic growth through new growth engines”, the SEES brought together over 400 government and business leaders and scholars from China and Europe to engage in practical dialogues, explore commercial partnerships and review investment opportunities in finance, technology, sports, cultures and other sectors against the backdrop of China’s Belt and Road Initiative.

Fully-prepared, the camp members provided quality interpreting services which ensured the summit went on smoothly and was highly appreciated by former Prime Minister Jean-Pierre Raffarin of France, co-chairman of the SEES.

As a cross-cultural teaching method, the interpreting camp helps interpreting learners develop interpreting skills and broaden their mind, which has been greatly welcomed and highly praised by them.

“Sometimes I felt stressed and couldn’t deliver the main points of what I’ve heard. But Mr. Zhang Guangbo was very patient, and encouraged me and guided me all along. During this tour, I’ve improved  a lot. It’s an amazing opportunity not to be missed,” said Shen Bingjie, another camp member.

“I felt very lucky and excited to practice interpreting at the SEES. It is not easy to interpret perfectly at such a high-end conference that demands excellent physical and mental quality. I learned from some entrepreneurs at the summit that most of them do need translation and interpreting services. I think it’s a big market,” said Wu Liangkun, a camp member. 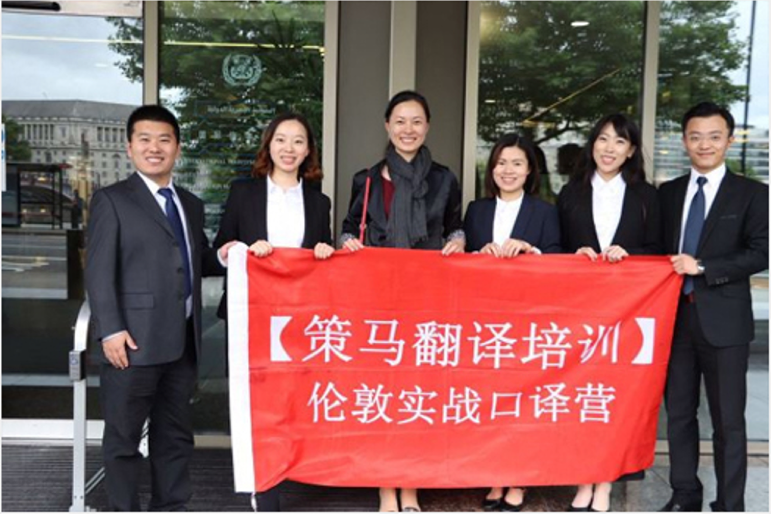 The camp members in London. Jean-Pierre Raffarin of France (third from left) and camp members. 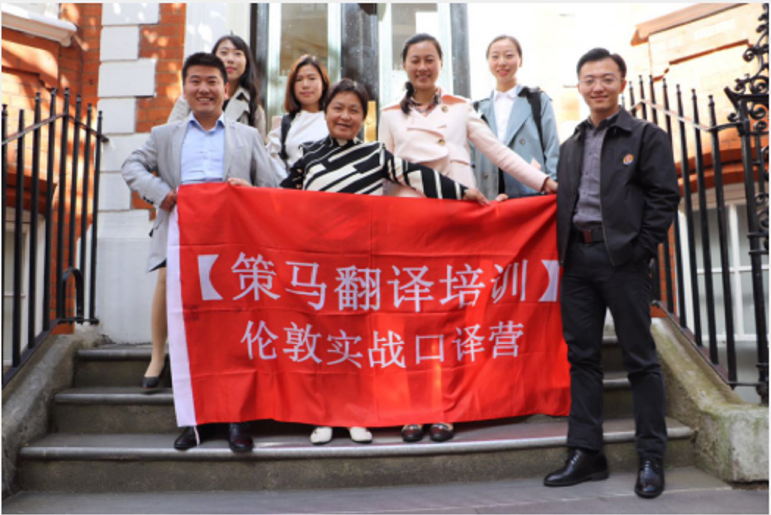 Camp members in front of the IMO office building. Camp members prepare for the interpreting task at the IMO. 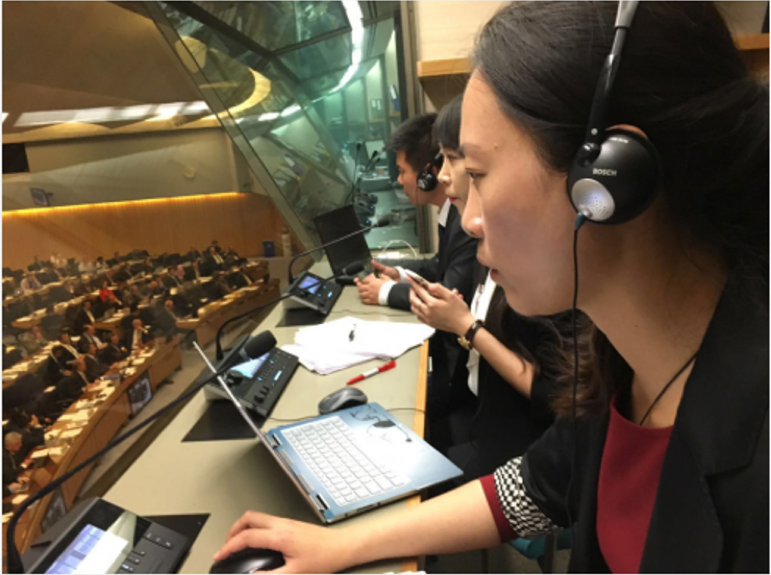 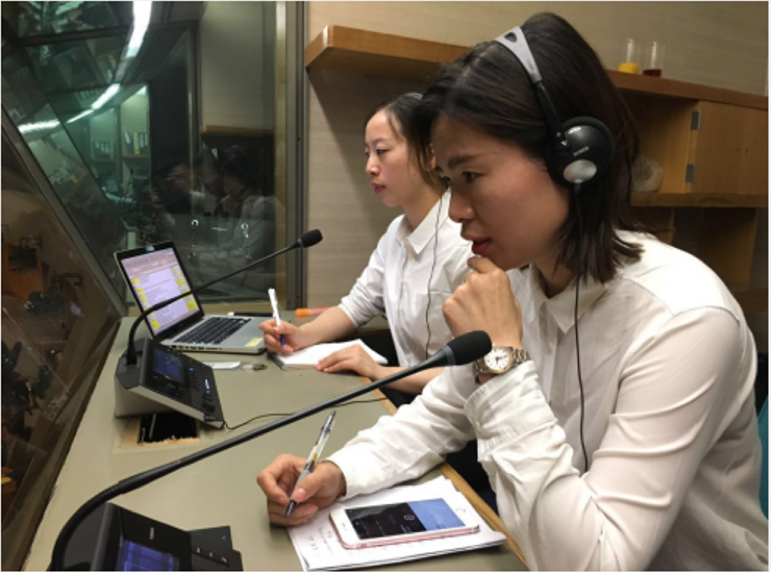 Camp members practice at the IMO. 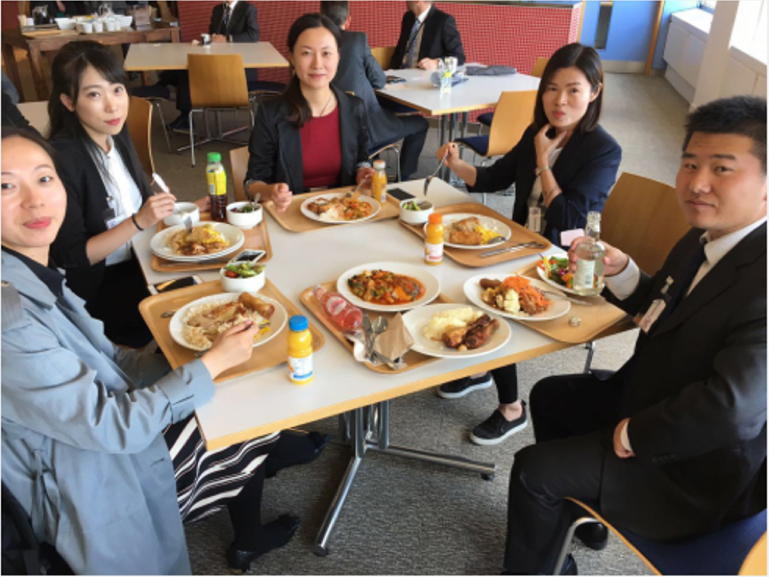 Camp members have a meal at the IMO. Camp members prepare for their interpreting task at the SEES. 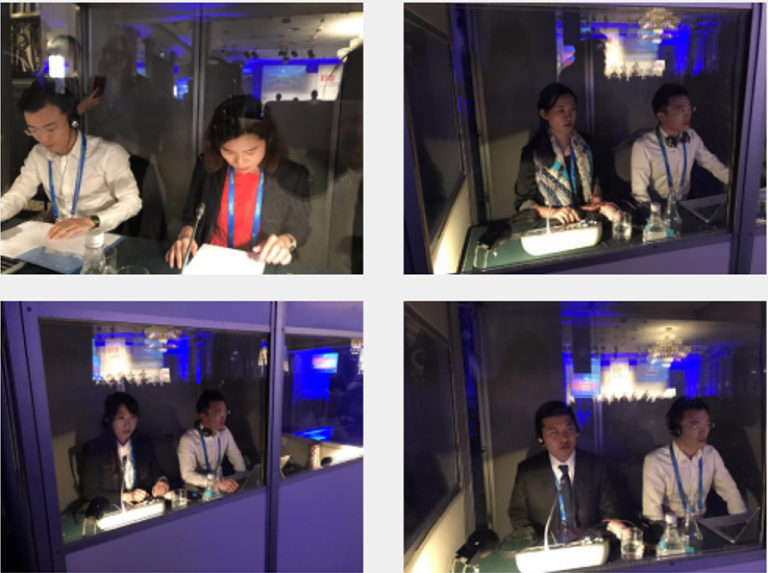 Gordon Brown, former UK Prime Minister and co-chairman of the SEES, gives his address at the opening ceremony. 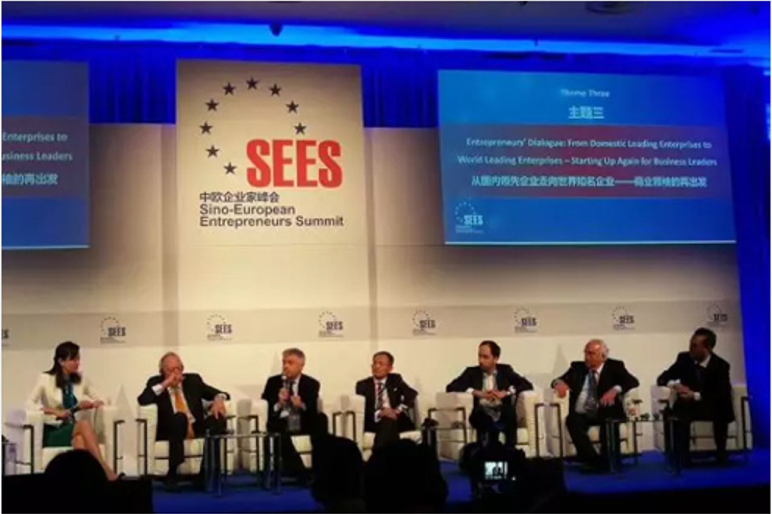 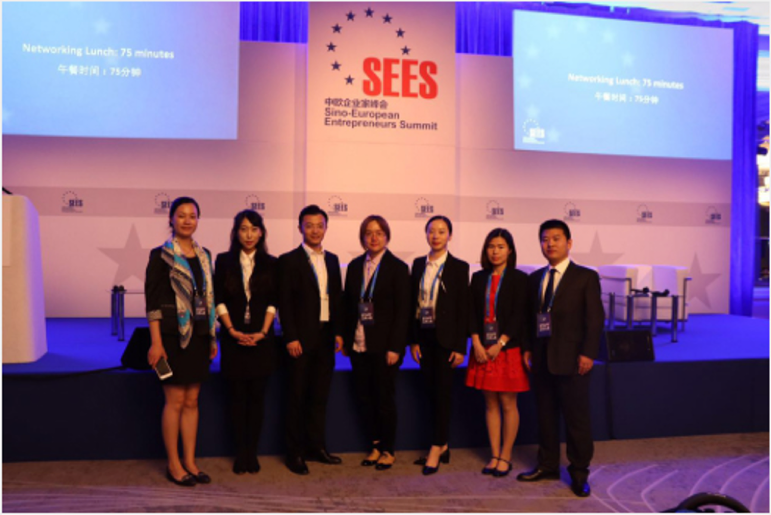 Grouphorse’s camp members at the SEES.

Videos of the camp members interpreting. Camp members and other diners at an Italian restaurant. 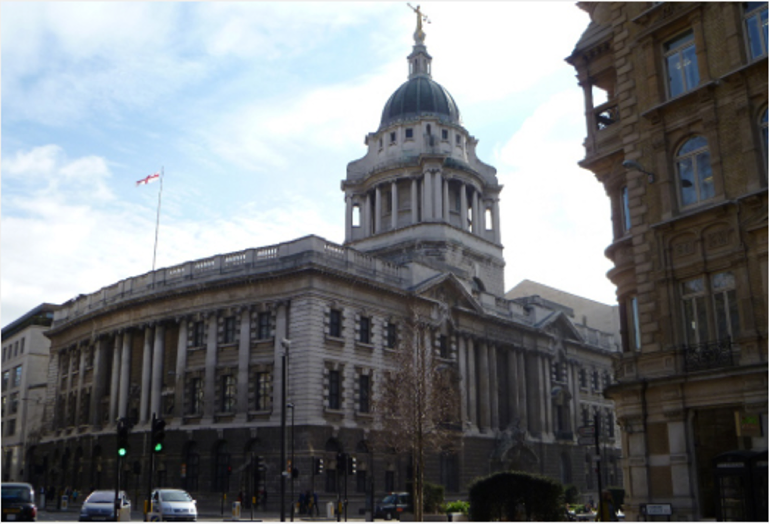 The Central Criminal Court in London. 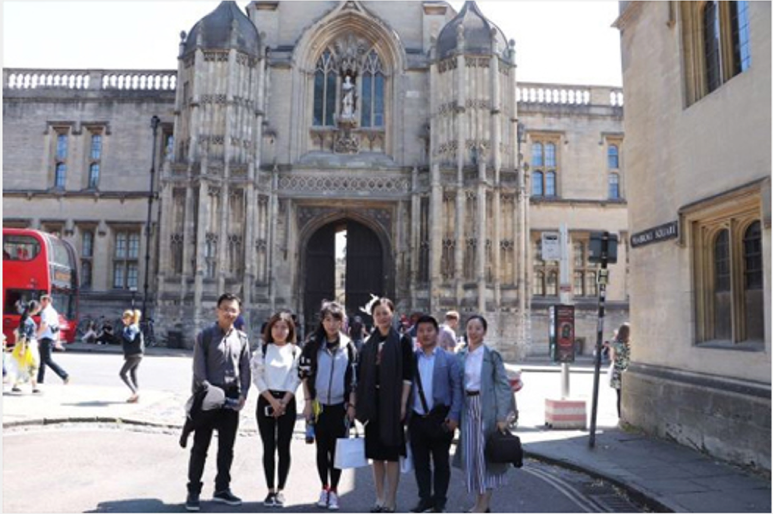 Camp members at Christ Church, a college at the University of Oxford, which appeared in Harry Potter. Camp members in front of the Bodleian Library at the University of Oxford. Camp members in the Turf Tavern.