Grouphorse Group launched its interpreting camp in Silicon Valley on October 26, which was its fourth international camp following those initiated in London and the United Nations bodies.

The camp members arrived at the San Francisco International Airport on the morning of October 26 and soon left for the venue of the F50 Global Capital Summit 2016 at Stanford University to provide consecutive interpreting services for the attendees.

The next morning began with a visit to Google Inc. and whispering interpreting service for the Global Ecosystem Talk at the Google Tech Corner office.

Accompanied by Sanjit Dang, investment director at Intel Capital, camp members visited the Intel headquarters during the afternoon, getting to know the open, people-oriented corporate culture and the Intel’s core value of “only the paranoid survive” and interpreting for senior executives in a business talk.

The day ended with a short stay at the headquarters of Plug and Play, a global innovation platform for Silicon Valley startups, corporations and investors, where the camp members interpreted for the Demo Day roadshow. Plug and Play has 22 locations across the world with success stories that include PayPal, Dropbox, SoundHound, and Lending Club.

On the third day, camp members went to the Google Campus where they tried Google’s self-driving car, and had a buffet at the Googleplex.

As a prelude to the Demo China Silicon Valley Summit where the members were to provide interpreting service, they went to the Computer History Museum, and were joined by an information technology expert from the Massachusetts Institute of Technology (MIT). They learned about Fairchild Semiconductor, a pioneer in the manufacturing of transistors and of integrated circuits, Macintosh, which was originally introduced by Steve Jobs, Deep Blue, a chess-playing computer developed by IBM which won its first game against a world champion in 1996.

Themed “Cross-border Investment and Overseas Entrepreneurship”, the 2016 Demo China Silicon Valley Summit was unveiled at the Santa Clara Convention Center on October 29. Demo China was first held in 2013 and is an annual event showcasing the most promising startups in China and the world. The camp members provided high-quality simultaneous interpreting services for the summit, and were highly praised by the organizers and attendees.

On October 30, the camp members went to the Facebook headquarters, Apple offices, the former residence of Steve Jobs, and the garage where the first Apple computers were manufactured, which has been recognized as a historical site symbolizing the spirit of Silicon Valley.

The camp members interpreted for a business talk at 500 Startups, which is a global venture capital seed fund with a network of startup programs headquartered in Silicon Valley with over $170 million in committed capital across three main funds and six micro funds.

The Free Speech Movement Café, centrally located at the south entrance to Moffitt Library on Floor 3, is a casual place to gather, study, or take a break with friends and colleagues. The café honors Mario Savio, who played a key role in the struggle for free speech at UC in 1964, and commemorates the events of the Free Speech Movement at UC Berkeley.

Echoing the national drive to promote cultural and educational exchanges between China and other countries, this eight-day journey to Silicon Valley is of far-reaching significance and is a milestone in the translation industry in China. 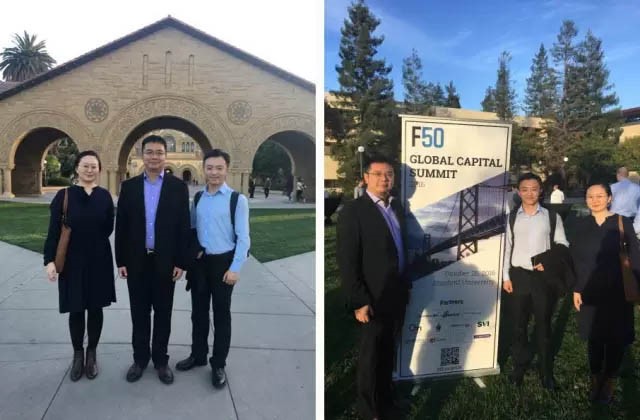 The camp members at the F50 Global Capital Summit 2016 at Stanford University. 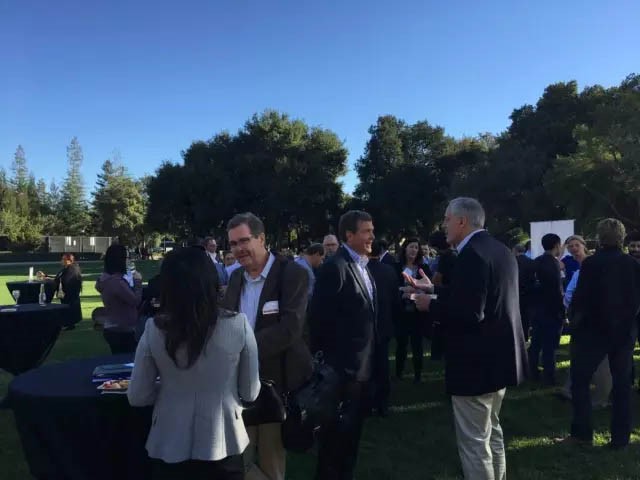 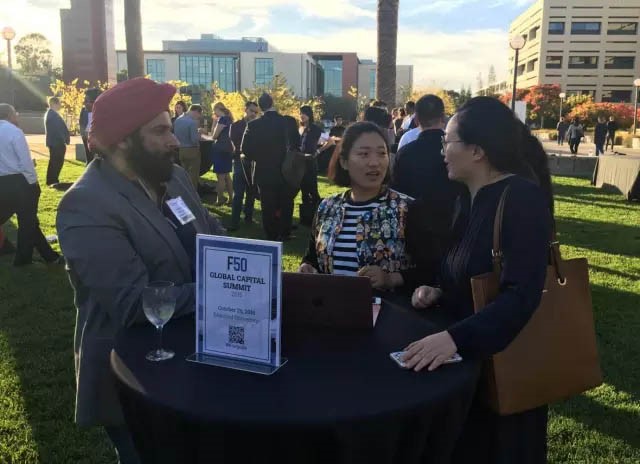 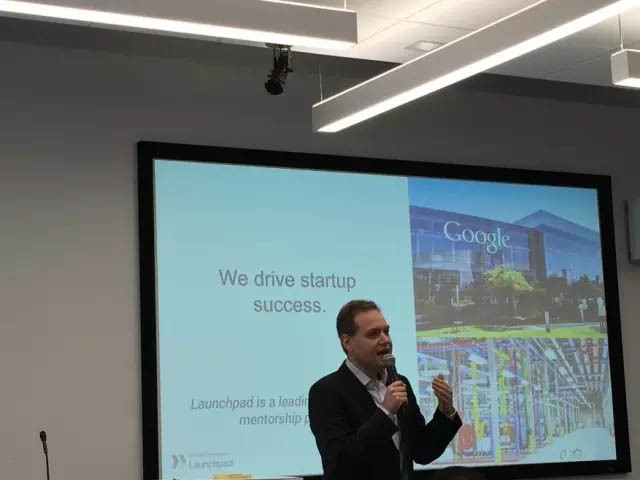 Two camp members who interpret for guests at the summit. 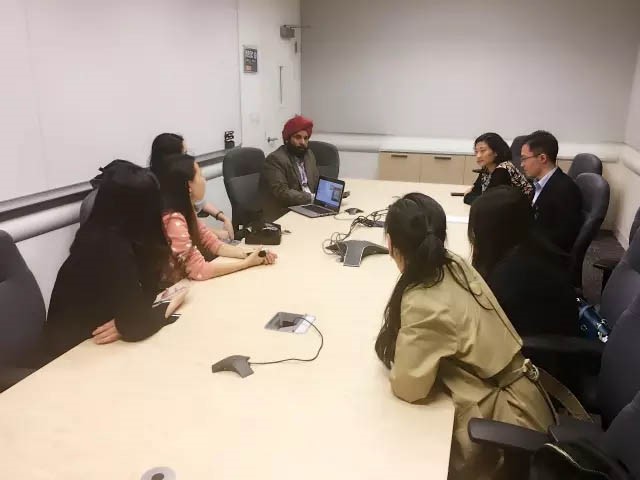 The camp members interpret at the Intel headquarters. 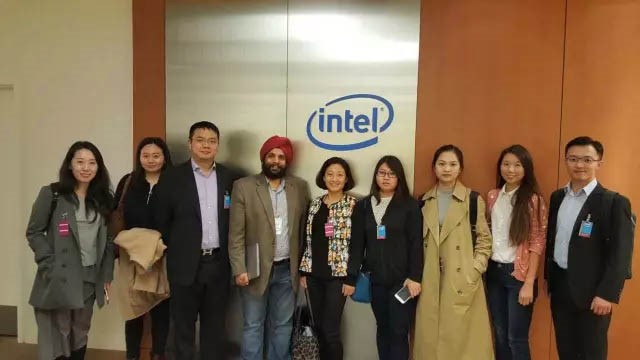 The interpreting camp and Sanjit Dang. An Expo event at the Plug and Play headquarters.

A camp member (left) interprets at the Demo Day roadshow at the Plug and Play headquarters. 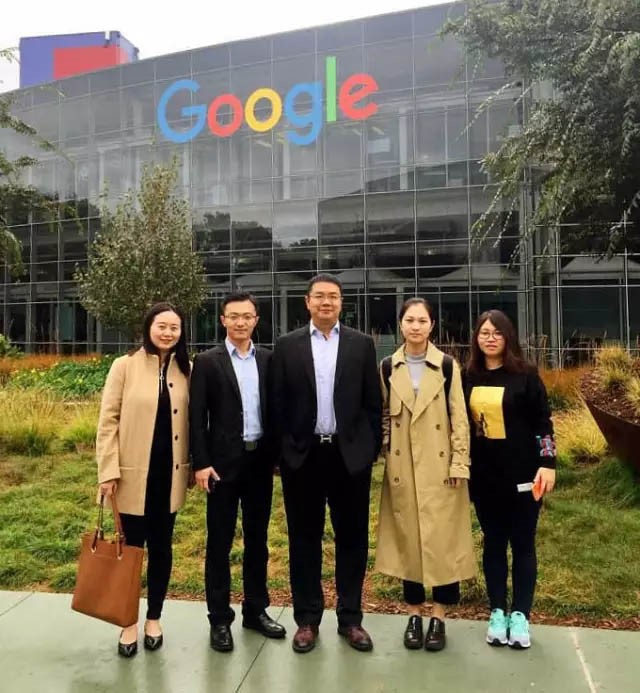 The camp members have a buffet at Googleplex. 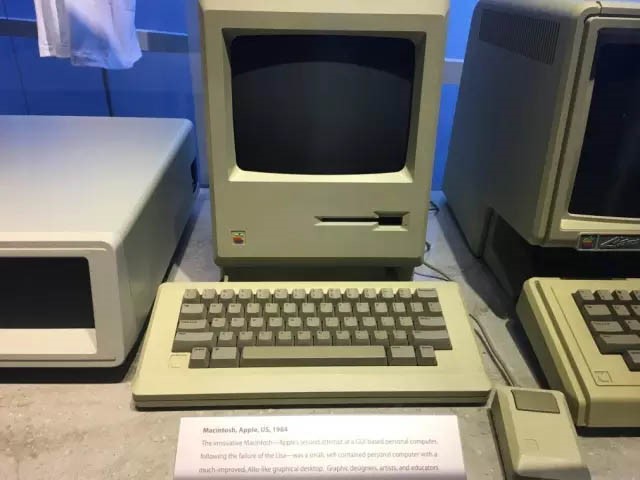 A camp member talks with an MIT expert about Deep Blue. 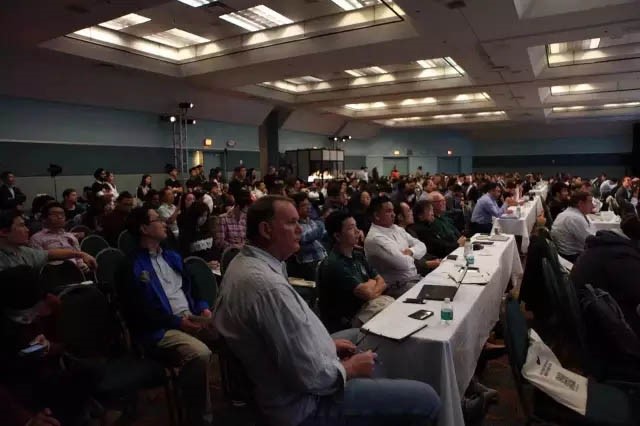 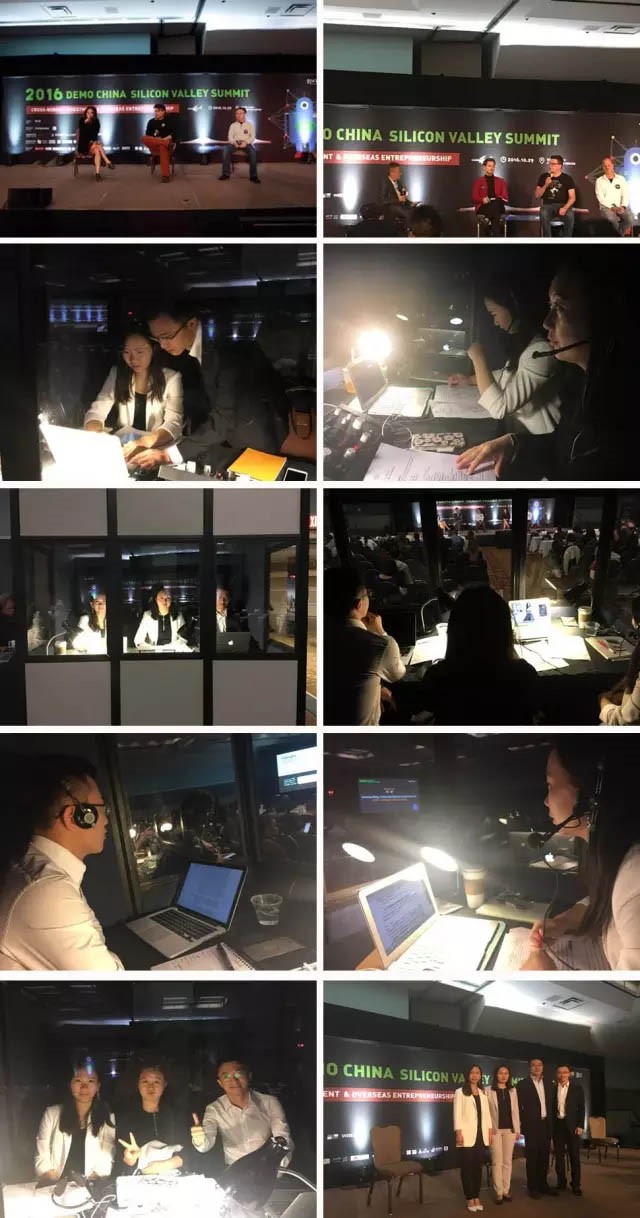 Saeed Amidi, co-founder of Plug and Play, addresses the summit. 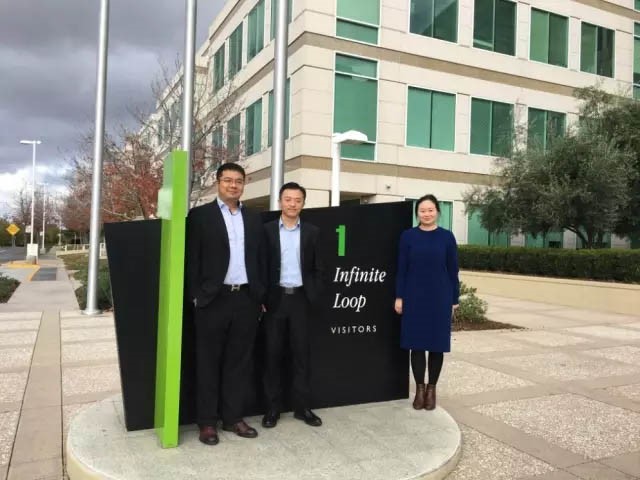 The camp members at the Apple headquarters. The camp members in front of the garage, the birthplace of the first Apple computers. The camp members provide consecutive interpreting service for a business talk at the 500 Startups headquarters.

The camp members in San Francisco. A camp member reads in a library at UC Berkeley.