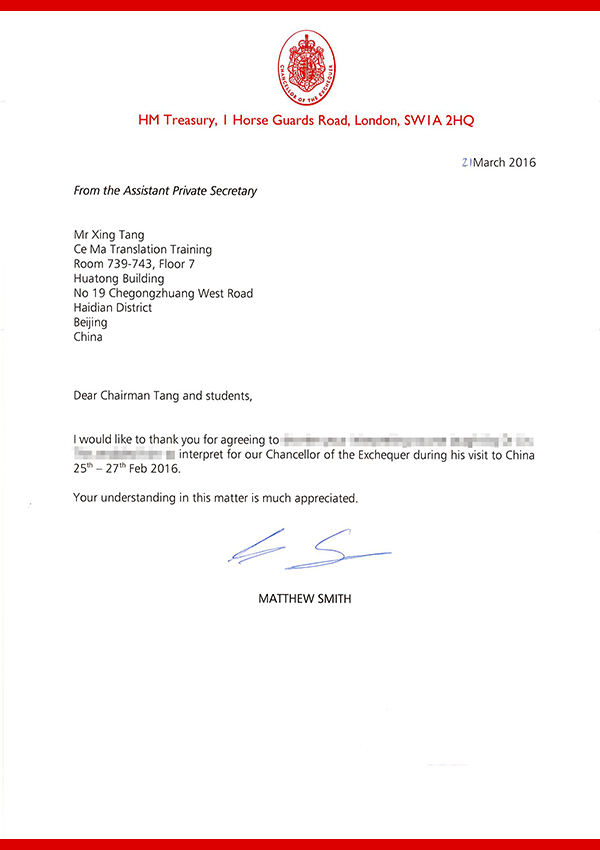 Grouphorse Group Chairman Tang Xing received a letter of appreciation from Matthew Smith, assistant private secretary of HM Treasury of the UK Government, on March 21, where he thanked Grouphorse for interpreting for Chancellor of the Exchequer George Osborne at the G20 Finance Ministers and Central Bank Governors’ Meeting.

Over the years, Grouphorse Group has worked closely with British government departments and non-governmental organizations. It is set to launch an interpreting camp in London where interpreting courses would be taught by lecturers on the MA Business Interpreting in Chinese and English (BICE) at the University of Surrey (ranked fourth in 2016 among all British universities by The Guardian). The camp members would be interpreting at an international summit attended by UK prime minister and president of the European Commission, a VIP dinner party, and during high-end visits to famous British enterprises, and visit BBC (British Broadcasting Corporation) and the China-British Business Council.