Representatives of the Translators Association of Shenzhen visit Grouphorse

Secretary-General Ding Li spoke highly of Grouphorse’s achievements and its A-list teachers such as Guo Jiading, a senior translator of the Ministry of Foreign Affairs (MFA), vice president of the Translators Association of China (TAC) and honorary president of the TAS, Shi Yanhua, executive vice-chairwoman of the TAC and former director-general of the Department of Translation and Interpretation at MFA, Dr. Kevin Lin, lead interpreter (Chinese) of the Foreign Office of the UK Government and an interpreter for Queen Elizabeth II, and Zhang Guangbo, a simultaneous interpreter at the International Maritime Organization, member of the International Association of Conference Interpreters and a Level 1 interpreter accredited by the Directorate General for Interpretation of the European Commission (SCIC).

Deputy Secretary-General Pan Jing said the TAS has been working closely with Grouphorse, and both sides should blaze new grounds for future cooperation to fuel the development of translation and interpreting industry in Shenzhen. 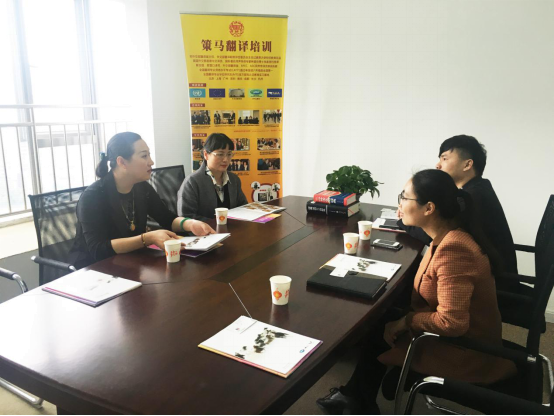 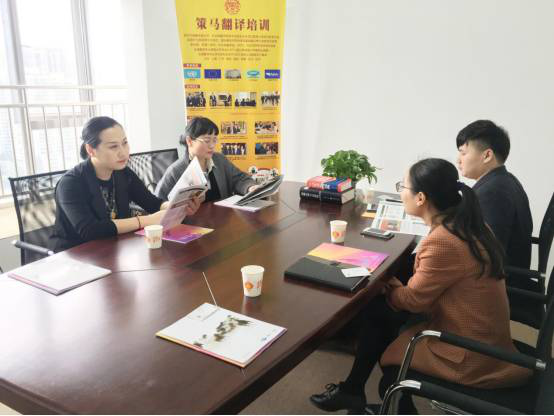 Representatives of the TAS and Grouphorse’s Shenzhen branch. 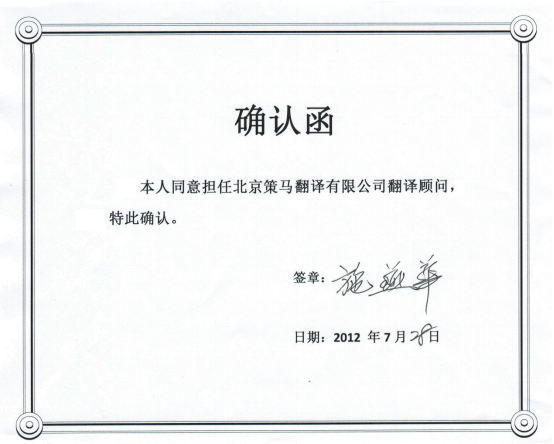 A confirmation letter from Shi Yanhua on serving as a translation and interpreting adviser at Grouphorse. 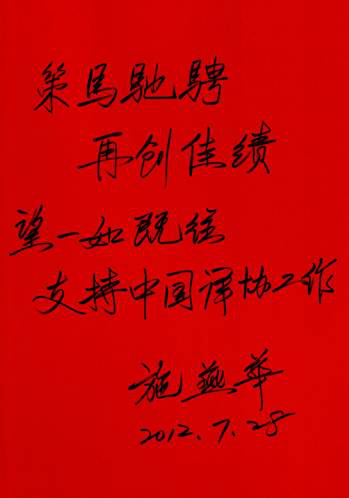 Inscription written by Shi Yanhua to Grouphorse, saying “May Grouphorse keep galloping ahead and supporting the Translators Association of China.”