Aimed at boosting exchanges in the industry, the summit was joined by interpreting masters from UN agencies, China’s Foreign Ministry, the Translators Association of China (TAC), China Foreign Affairs University, Beijing Foreign Studies University (BFSU) and many other top-notch universities in China and more than 200 interpreting learners.

As a high-end platform launched by Grouphorse after the 2015 Global Interpreting Summit held in Shanghai, this summit helped break the bottleneck in the industry and probed into the way forward for interpreters, which was highly recognized in the industry.

Discussions themed “Interpret at the Foreign Ministry” and “Transformation and Upgrading: Road to a Life of Interpreting” took the summit to a climax where guests from government departments, transnational companies, international organizations and institutions of higher learning answered the audience’s questions, gave golden remarks that sparked many ideas.

The distinguished guests included Grouphorse’s senior advisor Ms. Xu Ya’nan,  former director-general of the Department of Translation and Interpretation at Ministry of Foreign Affairs(MFA), former chief of the Chinese Translation Service of the Documentation Division of the Department for General Assembly and Conference Management (DGACM) at the United Nations, a council member of U.N. Association of China and a member of the International Federation of Translators, Ms. Ren Xiaoping, former vice-president of China Foreign Affairs University, former deputy director of the Department of Translation and Interpretation at MFA and deputy director of the Expert Committee of the China Accreditation Test for Translators and Interpreters, Dr. Kevin Lin, exclusive interpreting trainer at Grouphorse and lead interpreter (Chinese) of the Foreign Office of the UK Government who has been interpreting for Queen Elizabeth II, Mr. Cao Jianxin, a practice-oriented interpreting professor at Nanjing University and a seasoned simultaneous interpreter who has worked as a judge at four provincial and national English interpreting contests and is an exclusive trainer at Grouphorse, Mr. Yao Bin, assistant to the dean of the Graduate School of Translation and Interpretation at Beijing Foreign Studies University and a postgraduate supervisor, Mr. Tang Xing, chairman of Grouphorse Group, a council member of the TAC and a formal representative at the Boao Forum for Asia, Mr. Zhang Zhijian, former director of Foreign Affairs Bureau of the General Office of the National People’s Congress, former ambassador and deputy general representative of the Chinese government at the World Expo 2010, and Ms. Tan Jia, a lecturer at China Foreign Affairs University and winner of the Third All China Simultaneous Interpreting Invitational Contest and the Third All China Consecutive Interpretation Contest.

Headquartered in Beijing, Grouphorse is one of China’s most prestigious international language service providers (LSPs) with branches in eight key cities in China.

Grouphorse has been the official translation/interpretation services provider for a series of world-renowned events, including APEC summits, the Boao Forum for Asia, the XXVI Summer Universiade, and the Sino-European Entrepreneurs Summit. We are proud to be one of China’s first practice bases for Master of Translation and Interpretation (MTI) candidates, an organizational council member of the Translators Association of China (TAC), and a corporate member of the American Translators Association (ATA).

In recognition of the effectiveness of the Cema Translators Training Institute (Cema), many prestigious universities have selected Grouphorse as their MTI practice and incubation base, including BFSU, Zhejiang University, and Shanghai Jiao Tong University.

Cema, Grouphorse’s flagship brand, is widely recognized as the champion in the industry in terms of teaching quality, size, range of training levels and geographical coverage. With its unique teaching method that combines comprehensive training and interactive learning, Cema is dedicated to cultivating top-notch translators/interpreters with global vision.

▲Dr. Kevin Lin and his fans.

▲The first discussion: “Interpret at the Foreign Ministry”.

▲Xu Ya'nan in the discussion.

▲Ren Xiaoping in the discussion.

▲Prof. Yao Bin in the discussion. 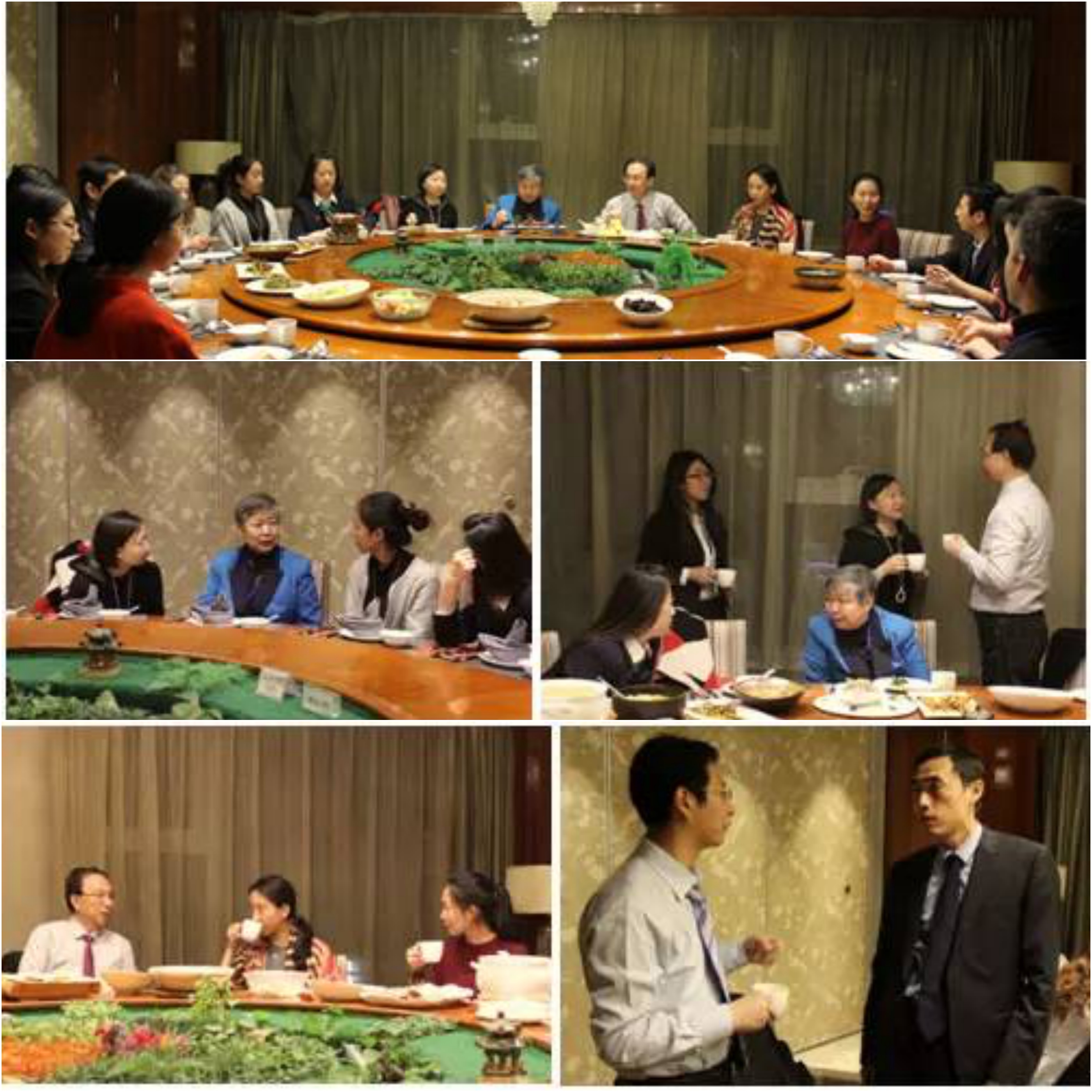 The interpreting masters and learners in a dinner.